I avoid reading horror novels and watching scary movies. I get creeped out easy. Stephen King, Dean Koontz…no thanks. So, I am not sure how I ended up reading Broken Monsters by Lauren Beukes. I must have read an intriguing review somewhere that did not mention the fact that this book induces nightmares and goosebumps and shivers.

In the first chapter a mutilated, murdered boy is discovered by the police department. That alone usually makes me put books aside, but this book takes place in Detroit, and the city of Detroit is the most important character in this book. Beukes, a South African, captures the grittiness and brokenness of Detroit perfectly. That kept me reading, even though there were many times I wanted to stop as the book got darker and darker.

Whenever I tell people where I am from, I say Detroit. That is not exactly true, but a lot of people from the suburbs of Detroit say that. The suburbs I grew up in are 20 miles away from the city, far enough away where we were sheltered from urban crime, homelessness, and extreme poverty. But, with pride, we say we are from Detroit, even though we only went to the city for ball games, coneys, music and shows at the Fox Theater, Eastern Market visits, Greektown Opa, or the Thanksgiving day parade.

As I write this, I have the news on, and the power went out in the city of Detroit today for a few hours. The infrastructure is crumbling. I visit other cities and wonder why Detroit can not get its act together. It is located on a lovely river, beautiful buildings and views, an artistic community…what is missing? Beukes captures the haunting, unique beauty of Detroit with phrases like “In the right light, Detroit’s kinda like the new Bohemia” and “Detroit diamonds, which is what locals call the glass on the street from broken car windows.”

The overall decay of the city serves as a parallel for Beukes’ exploration of things like mental illness, homelessness, poverty, hipsters, graffiti, pedophilia, the pretentious art community, and journalism. Most powerfully, she explores the strangeness and influence of social media. She writes, “Who needs facts when you can go with wild speculation?”

This book is sardonic, dirty, raw, powerful, and shocking. A detective novel, mixed with horror and suspense, mixed with a little dash of magic. I’m glad I read it. 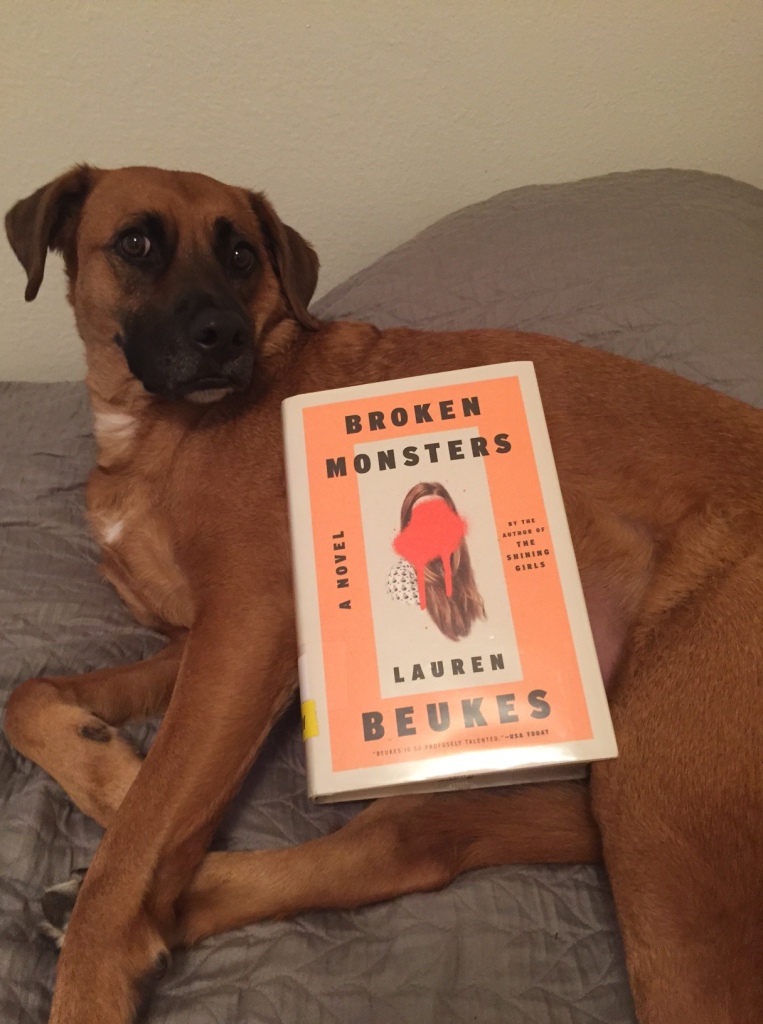